The Fast and The Faultless TF Sport takes second at Fuji 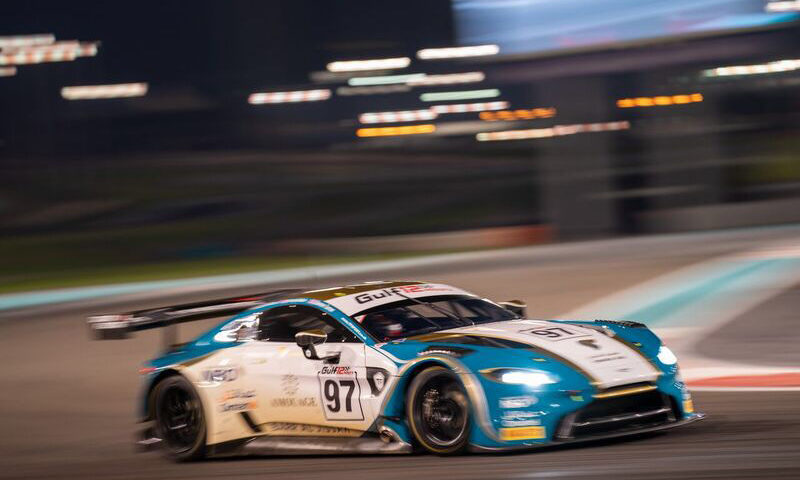 A superb fourth-place finish in the Gulf 12 Hours was the reward for Oman Racing with TF Sport after a strong recovery drive through the field Saturday (15 December) as the team – in conjunction with Aston Martin Racing – made its competitive debut with the next generation Vantage GT3.

With the rules stipulating that four stops must be taken under green conditions in each of the two six-hour portions of the race, it was the timing of an early safety car that put the team on the back foot. After qualifying third, Darren Turner started the race in the #97 Oman car, maintaining position whilst shadowing the LMP3 Graff car ahead.

At just past the one-hour mark, the safety car pulled in and the team pitted for the first time. However, the Vantage was running on fumes and following the stop, simply would not fire due to the lack of fuel pressure. Once running again, Ahmad Al Harthy continued 16th overall, sixth in class, but crucially two laps down.

With over ten hours of racing ahead, the Oman team pushed on and by the end of the first six-hour race, had regained sixth position in the GT Pro class. After a two-hour break, the racing resumed with Jonny Adam moving ahead of the #27 for position. A puncture and suspension issue for two of the team’s rivals moved us fourth overall with two hours remaining.

With a hint of a podium position – and now back on the lead lap – Darren pushed hard throughout his final stint, but ultimately the much hoped for safety car never materialised and the team had to settle for fourth position in what is the final race in a very busy season. The fuel pressure issue aside, the new Vantage never missed a beat on its competitive debut, which bodes well for the team ahead of the 2019 season.