Jonny set for return to ‘Ring action after Spa weekend 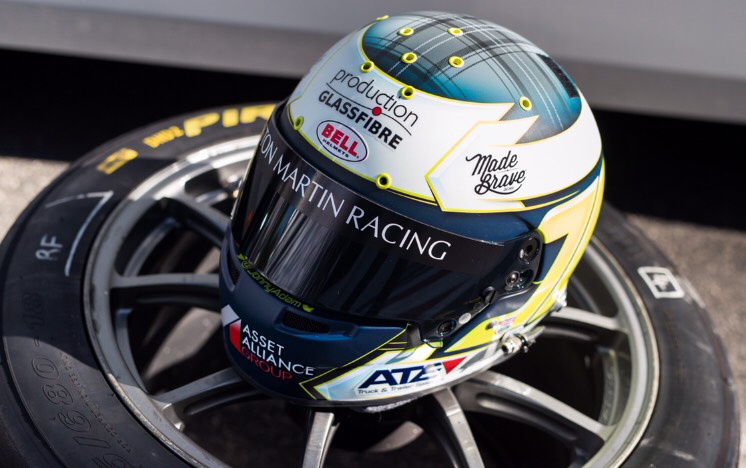 Aston Martin Racing factory driver Jonny Adam’s preparation for the 2018 British GT season has received a timely boost ahead of the ‘Easter extravaganza’ opening round.

“It’s exciting to be able to continue my successful partnership with Asset Alliance Group ahead of a busy season with Aston Martin Racing,” said Jonny.

“They have been a key part of my success over the past four years, and we work closely together to promote their thriving business to a UK and European audience as well as providing corporate entertainment for their VIP guests that attend British GT rounds and Le Mans 24 Hours. Our aim is to be successful both on and off the track again in 2018.”

Asset Alliance MD and CEO Willie Paterson added, “Jonny has been a key ambassador for our business as we have grown in recent years, and his success has in turn helped to take our brand to a new level. We look forward to another season of special moments in 2018.”

The support of AAG will be crucial as Jonny enters his seventh season competing in British GT. Despite being the driver with the most wins in the series – 12 all in – and seeking to land his third title, the Scotsman is expecting it to be the most competitive championship to date.

Having switched teams, to Optimum Motorsport, and running alongside a new team-mate, Flick Haigh, the Fifer will have to adapt to a fresh environment and hit the ground running. With that in mind the duo have completed five days of testing in the UK and Portugal to prepare as fully as possible.

However, Adam knows they will be pushed to the limit when the flag drops as they will be lining up against top class opposition in the form of his five fellow Aston Martin Racing factory drivers who will also be running in Vantage GT3s among the full 32-car grid that will fire up at Oulton Park for the first round on March 31 – April 2.

“The first round of British GT is finally here! It’s been a long winter, but a very productive one with Flick Haigh and Optimum Motorsport. We have put in good solid days of testing in the UK and Europe, which has allowed Flick time to adjust to driving the successful Aston Martin Vantage GT3 and for the team to fine tune the car ahead of this weekend.

“I really believe we have a great all-round package heading into the British GT season, and our aim for Oulton Park is to finish both races and score consistently.”