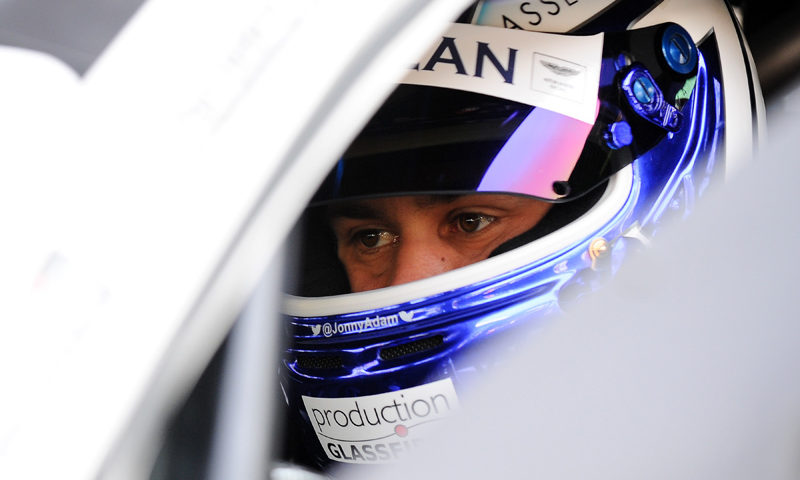 Embarking upon his third season as an Aston Martin Racing factory driver, Jonny Adam is gearing up for his busiest ever year of racing.

The Scotsman’s ability to consistently deliver podium pace in qualifying and races behind the wheel of Aston Martin’s GT cars means he’s in demand, and will be involved in three different campaigns in the season ahead.

You are entering your third year as an Aston Martin factory driver, what does the 2015 season have in store for you?

I’ll be re-joining Andrew Howard at Beechdean for British GT, teaming up with my former touring car team-mates at Motorbase for the Blancpain Endurance Series, and tackling a few VLN rounds before taking on the Nurburgring 24hrs with Aston Martin Racing. It’s going to mean a lot of race weekends, which is exactly the way I like it.

What are your goals for the season?

For the British GT campaign there is only one thing on the list, that’s win the title again. Andrew and I had a good start to last season but lost momentum in the second half of the year, we need to put that right and challenge for the win in every race this season. It will be tough as the field has even more quality this time round, but we’ve got the experience and the tools to do the job so we need to be up there.

In the Blancpain Endurance Series the standard is incredibly high so it’s going to be a huge challenge. However, I know the guys at Motorbase well and they are incredibly professional and competitive, so I’m sure if it all clicks we can run in the top five or six cars. If we could pinch the odd podium that would be great.

A well-placed finish at the Nurburgring 24hrs with Aston Martin Racing is the other target. The team has been strong there before and we’re going with a bigger entry and a really good build-up programme this time around, so we want to make the most of it and take the fight to the other manufacturers in their back yard.

How have your pre-season preparations gone?

Really well. It’s been a full on start to the year as I kicked off with a drive at the 24hrs of Dubai in January and haven’t stopped since. There’s been a lot of testing going on for all three of the campaigns I’m involved in this year and as any racing driver will tell you getting plenty of seat time is key, so I’m feeling in great shape for the year ahead. It’s been good to spend a lot of time with my new team-mates too as it helps everyone bond ahead of the races kicking off.

Which events are you looking forward to the most?

I just love racing so I’m looking forward to all of it, but the two stand-out events are the Spa 24hrs and the Nurburgring 24hrs. They’re awesome circuits and probably the biggest races in the GT3 category. Both have huge grids and you get to race against all the top drivers and manufacturer teams, and I always want to test myself against the very best so it’s a real buzz being involved in those two.

How difficult will it be switching between teams and events during the season?

It won’t be an issue. All of the campaigns are in the GT3 category and it’s my fourth year racing the Aston Martin V12 Vantage, so I can bring a lot of experience to the teams I’m running with. In fact getting 15 or 16 race weekends in the same car is a huge bonus, most drivers are not that lucky. It’s definitely the busiest time of my career and I am absolutely loving it.

You have an incredibly busy race calendar this season, but what else do you plan to get up to away from the track this year?

Even when I’m not racing it looks like I’m going to be coaching and testing, so probably not much! Looking at the calendar it’s a bit of a challenge trying to figure out when we might sneak a holiday in, but there are definitely worse problems to have. Luckily my girlfriend Rachel works in the business so she understands how it works, otherwise I’d be in big trouble…