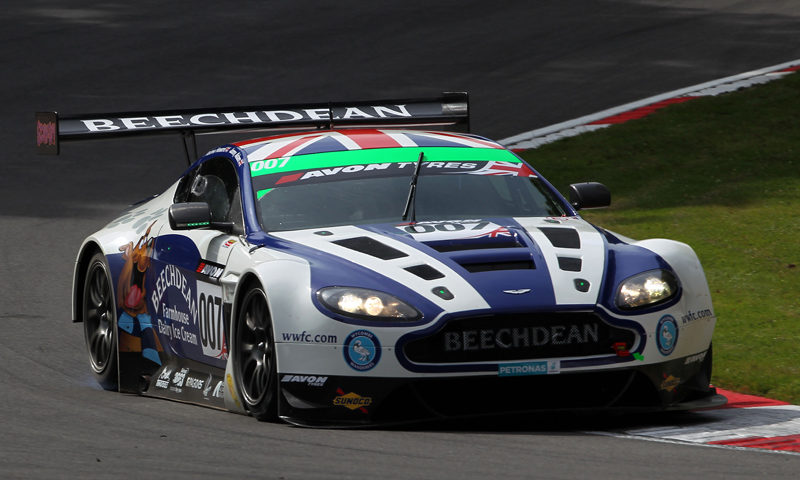 The 2015 British GT championship kicks off on Easter Monday with the first round at Cheshire’s Oulton Park, where Beechdean AMR claimed third place in both races last season. With a reputation as the country’s toughest test for both car and driver, Beechdean aim to start the season with two consistent results in GT3 and GT4 races over Easter weekend.

Pre-season testing has been positive for both cars, and with young talent Chadwick and Gunn, Beechdean AMR are hoping to excel among the full grid of cars in the first attack of the season.

Jonny Adam “I am excited to get the British GT underway. We have advanced in terms of set up with the Beechdean GT3 Aston Martin over the winter and Andrew is driving very well. It’s our 4th year with this car and as a pairing, so we are confident ahead of the Oulton park weekend, a circuit that I love to race at.”

Andrew Howard “Our testing at both Monteblanco and Oulton Park has gone very well with the new Avon slick tyre for 2015. The championship looks very competitive this year both in GT3 and GT4. As a team, our goal is to have two consistent races this weekend and start our championship off in the best way possible.”

Jamie Chadwick “Testing has been really positive, Ross and I work very well together and the dynamics and energy are great within the Beechdean AMR Team. This season’s GT4 field is very competitive so we are under no illusions but I am confident that we have the right ingredients for a successful season.”

Ross Gunn “The winter testing programme has certainly gone to plan, and I feel very comfortable in the car already. There is still progress to make from my side, but I feel that both Jamie and I will be able challenge for the podium at Oulton Park. I am really looking forward to the start of the season.”

To keep up to date with the latest news and race reports, follow us on Facebook or visit www.beechdeanmotorsport.co.uk.