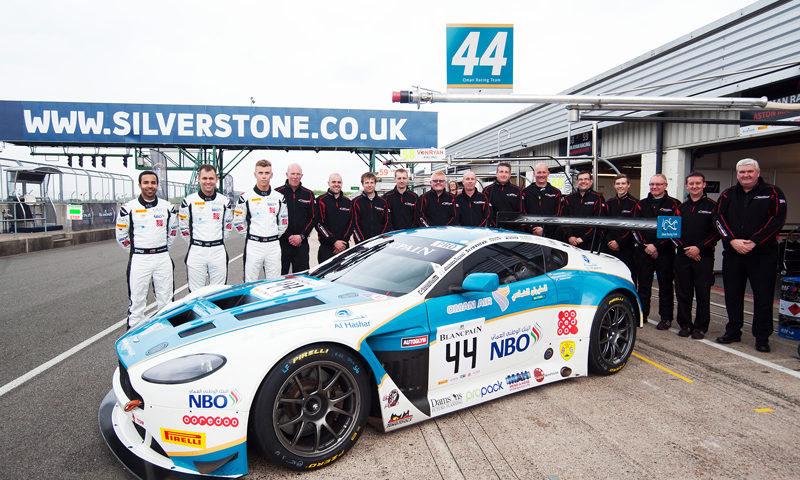 This year’s prestigious Blancpain Endurance Series boasts a packed grid with an unprecedented 23 cars in the Pro Class and competition for the title is set to be fierce with no fewer than 56 cars expected to descend on Italy’s iconic Monza circuit for the championship’s opening round on April 11-12.

“We’re all really looking forward to this year in the Blancpain;” said Team Boss Bartrum. “GT’s has a become a big focal point of our business now so to have such a strong line up at the right time is crucial and I think that’s what we’ve got this year with Ahmad, Dan and Jonny.”

“Having Jonny on board this year is fantastic. He’s a proven works driver and obviously knows the Aston very well but he’s also familiar with the Motorbase set up from racing with us in the BTCC back in 2009.”

“I’ve known Dan from my days watching him in the Porsche Carrera Cup and I’ve always thought that he’s a very fine talent. Having worked with him over the past few weeks he seems a top lad and a top driver and a perfect fit for Motorbase.”

The five events on the Blancpain Endurance Series calendar see Motorbase compete on several of Europe’s most iconic circuits with proceedings starting at the Autodromo Nazionale, Monza before the series’ only UK round at Silverstone in May where the squad secured its highest placed result during its maiden season in 2014.

The 2015 Blancpain Endurance Series season gets underway at the Autodromo Nazionale, Monza with a 3 hour race on April 12.